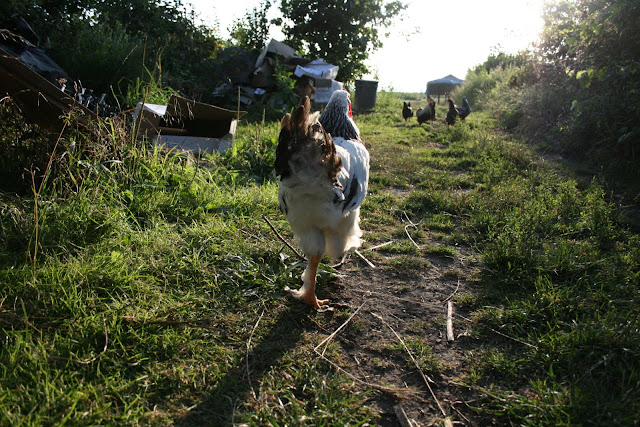 As the birds have come into their prime we have ended up with a hearty collection of roosters.
The girls are on the verge of laying, any day I suspect! The boys (all 4 of them) have been practicing their crows in earnest all day, every day.
Nothing is as pathetic or hilarious as a young roo finding his voice. It will make you laugh out loud! 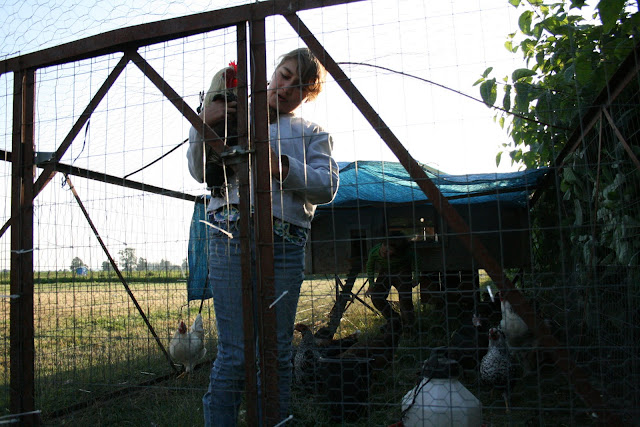 Once these guys are are fully mature they will begin to fight with great conviction, tearing into each others combs, causing bloodiness and often a huge raucous.
In our experience once they then start to fight they also begin bullying anything in sight. This includes the hens and us! Yipe! I hate having mean roosters patrolling the property.
So before things get ugly, we need to send 3 of these beautiful boys away.
We thought it would be fun to have you vote on which lucky boy gets to stay ! 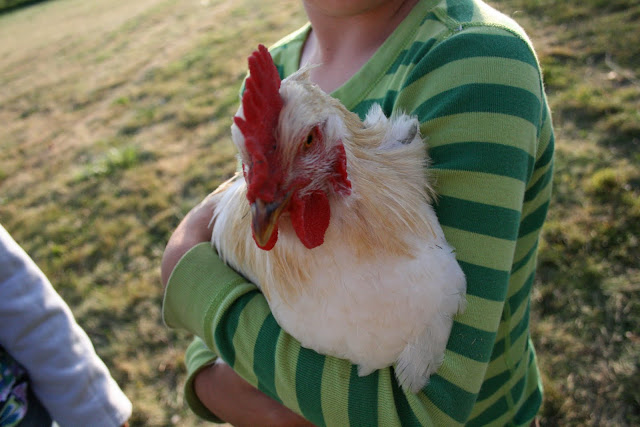 Bachelor #1 is a Golden Sexlink (we think) named Chili. He is generally quite mild in temper, so far, but on the whole is a pretty boring guy. No really spark or spunk. He’s pretty to look at but that’s about it. 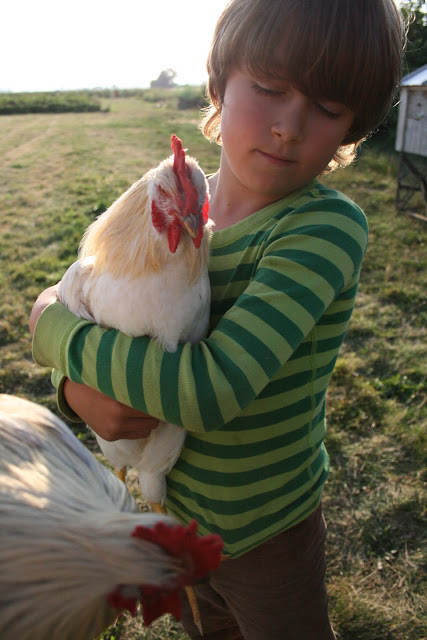 Bachelor #2 is a bantam Birchen Cochin named L.V.
First the initials  stood for Lord Voldemort but later after proving to have a mild temper was dubbed Lance Victor. 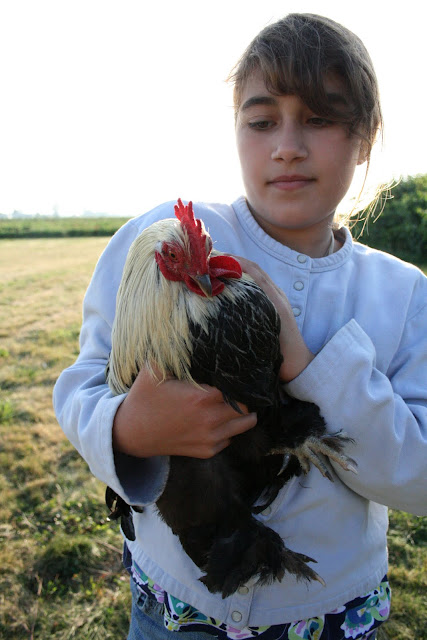 L.V has recently become quite aggressive with the hens, pecking a few to the point of bloodiness. Not an appealing trait! 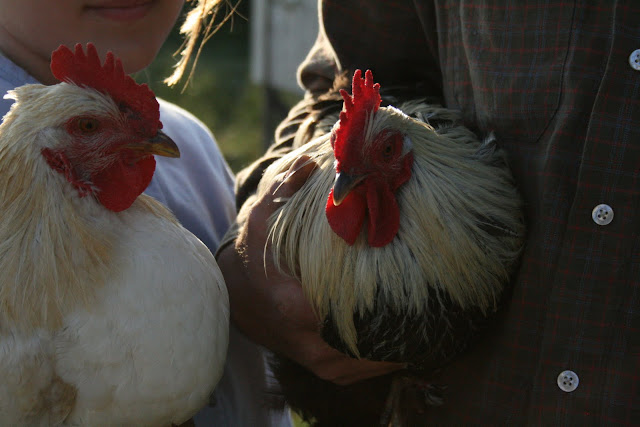 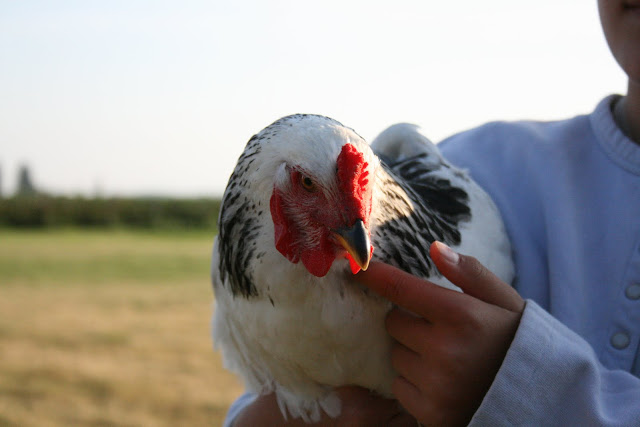 Bachelor #3 is our favorite. Basil, a Delaware, is a massive beast who so far seems to be a gentle giant. He love food, taking dust baths and eating clover and dandelion greens in the lawn.He has huge feet, a sparkly personality and is quite social! 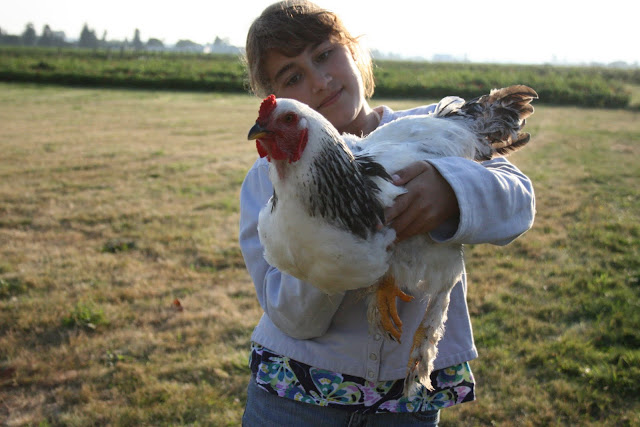 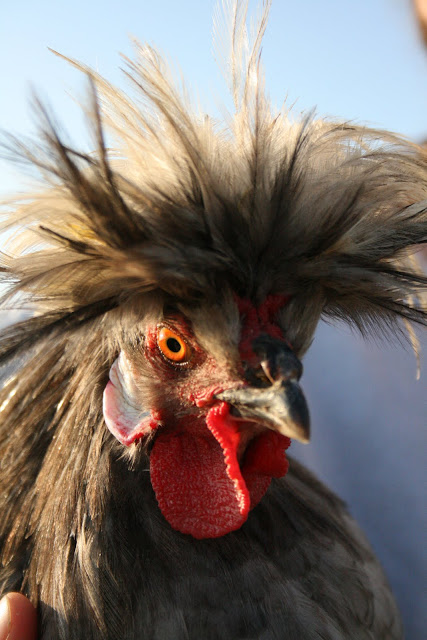 Last but not least is bachelor #4,Fennel, a beautiful specimen of Polish descent. While he is a real conversation piece he is also very anti social and never hangs with the flock or returns to the coop at night. 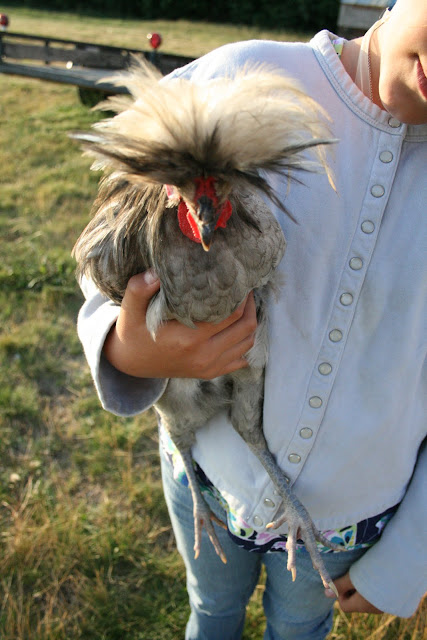 The three cast off will be re-homed over the weekend so cast your votes by Saturday morning at the latest to help decide their fate.

Previous
a family affair
Up Next
Yellow