If you work in the floral industry either as a grower or a designer, then you know that “chrysanthemum” is synonymous with a four letter word. You’ll often hear it roll off of customers tongues with great disgust, as if the mere sound leaving their mouth makes them shudder. “No carnations, chrysanthemums or baby’s breath, please!”

For many years I was in total agreement. The mums generally seen at the corner market, en mass at the wholesaler or spray painted like tie dye at Costco and Walmart make anyone with an ounce of taste want to gag. 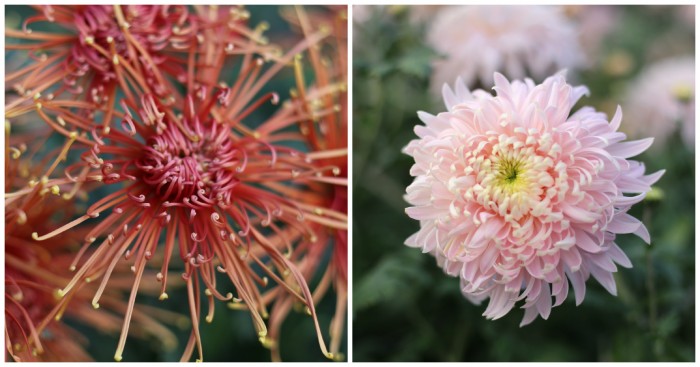 Like so many things before it, the chrysanthemum fell prey to modernization, intense breeding and ultimately the loss of everything that made this plant group so special and unique. Uniformity, stiff stems with upward facing flowers, a month long vase life and sterile perfection became the yardstick they were measured by. 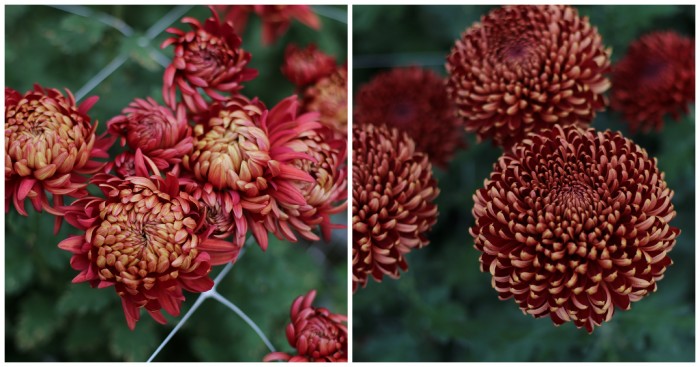 But little did I know that tucked away in backyards, sprinkled around city allotments and even planted in pots on patios and terraces throughout the world, passionate people were keeping the old breed of chrysanthemums alive for the next generation. Kings Mums is one of the last remaining sources for these treasured heirloom varieties here in the states. I’ve been receiving their sweet little print catalog for the past two seasons and have tried my hand at half a dozen or so varieties with good success. But after seeing the incredible bounty that Jennie from Love N’ Fresh Flowers had blooming in her field, I knew I was missing out. 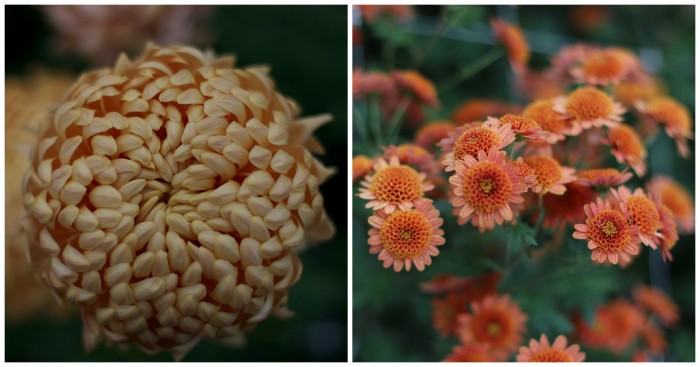 So, just a few days after returning home from two weeks away, Chris and I dropped the kids off with Grandma and jetted to Oregon to see these stunners for ourselves. Thankfully we got on it when we did because the greenhouses are scheduled to be put to bed this coming weekend! 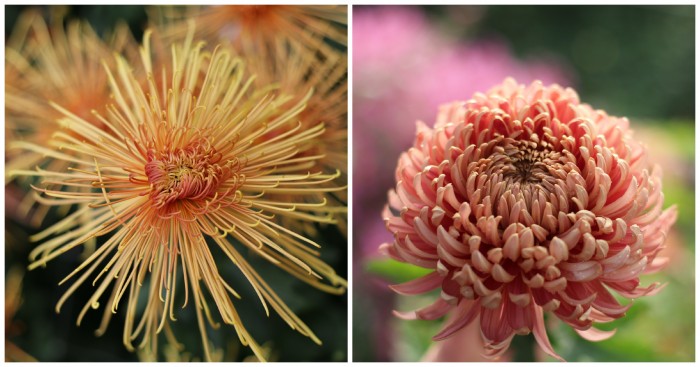 Never in my wildest dreams would I have equated such beauty and uniqueness with the word chrysanthemum. Chris couldn’t help but chuckle every time I rolled open another greenhouse door and would let out an excited shriek. Even when I thought I had had my mind completely blown, I’d turn around and discover another treasure, that was even better than the last. 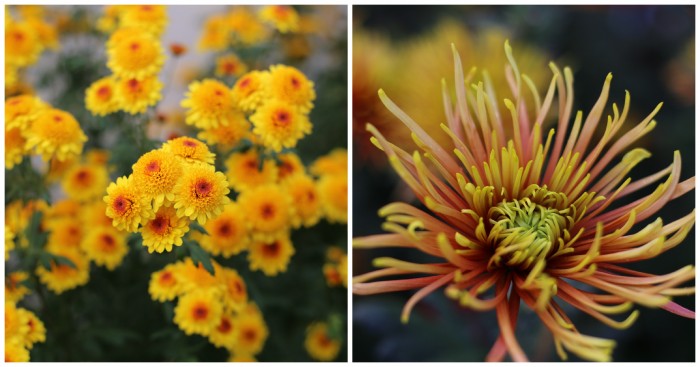 Row after row and greenhouse after greenhouse, the beauty just kept knocking us over.
Some of these stunners were literally as big as our heads! 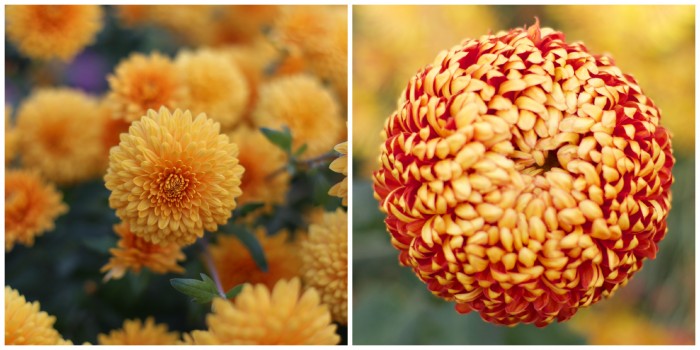 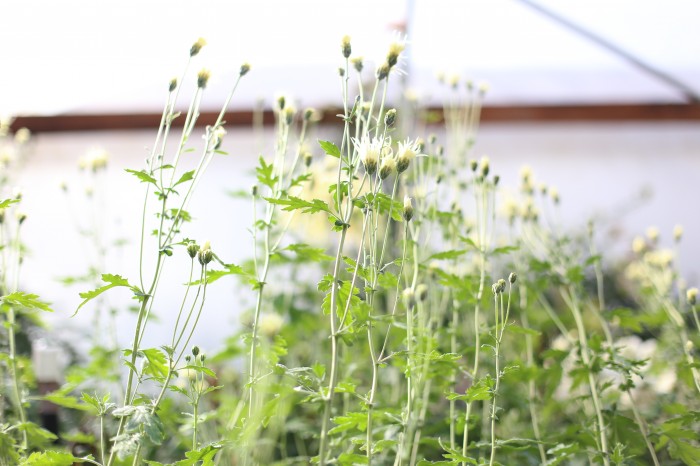 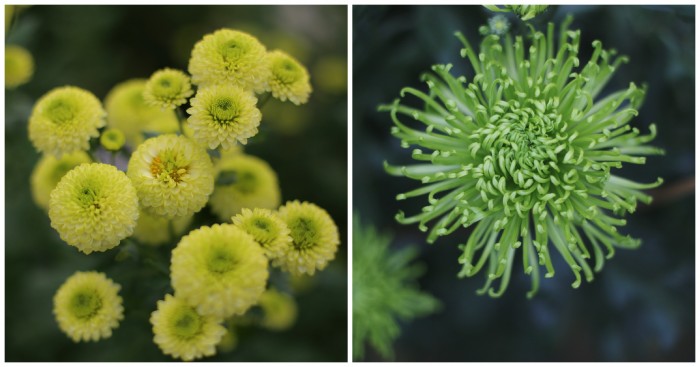 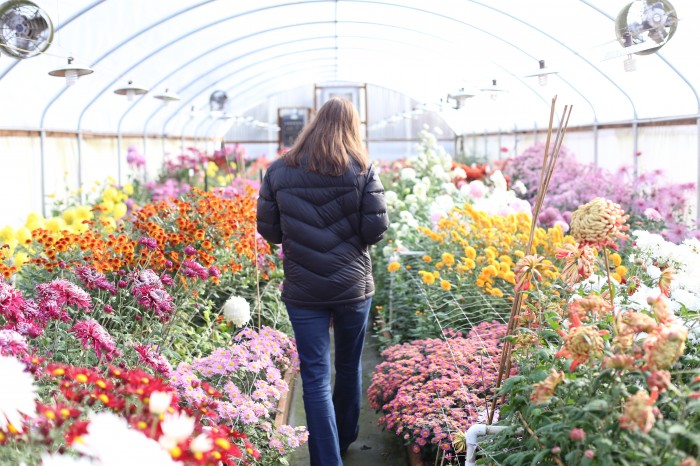 Sitting in the car before we embarked on the tour, I had the same pep talk with myself that I always have when meeting a new family of plants. “Keep your cool, be selective, stick to your strict criteria, don’t cave even if they’re beautiful, remember you only have a little spot of ground for them…”

Yeah, well two greenhouses in and I was a goner. Even trying my hardest to be good, the wish list skyrocketed to over 40 varieties. 40 varieties!?! Who needs 40 varieties of mums? I do I guess. 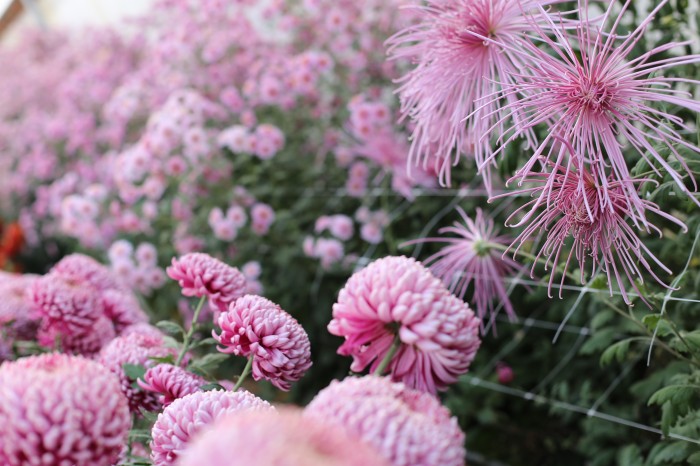 In our house the t word or ( trial) has officially been banned from conversation. Having such limited ground, but such an appetite for variety, I often make things really, really complicated. When stressing over how on earth I’m going to fit everything for an entire season into our two meager acres, I like to threaten that I really need the BIG farm NOW so I can devote an entire acre just to my seed and plant trials. Poor Chris! Its not like he’s opposed to my wild, flower obsessions but they sure make for tricky figuring.

*As a side note, I was able to finagle 3 whopper trials into the tight mix this past season. Celosia (60 varieties), Sweet Peas (37 varieties) and Ornamental Peppers (20 varieties). I’ll share the findings here over the winter. 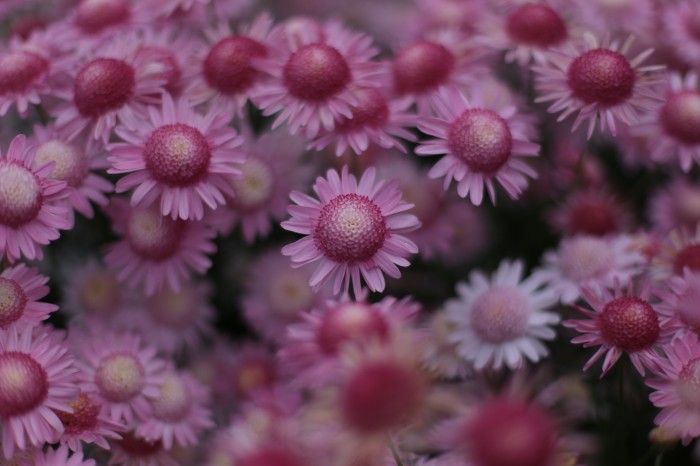 While I’m not able to offer any major growing tips or tricks with you just yet, I’ll have all of that info available by next season. For now King’s Mums has a great growing resource page. You can also head over there and either download their digital catalog or order the print version to drool over all winter long. They’ll start taking orders soon and will begin shipping little rooted cuttings by early spring. Now that I’ve seen these beauties in all their glory, it’s a real shock that they ever went out of favor to begin with. Each variety pictured here made it onto my must grow list but there were so, so many other gems that were equally special too. I’m sure with a little more time to pour over the catalog I’ll be adding to the list again. Shhhh, don’t tell Chris, but I think an epic trial is in order straight away! 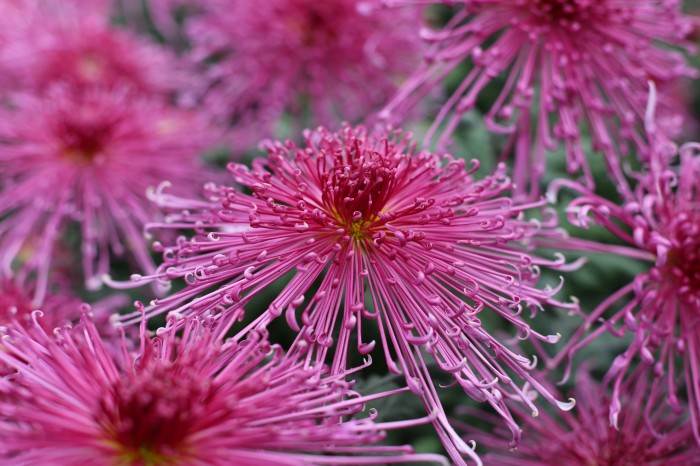 I say we bring these heirloom treasures back from obscurity and into high fashion once again. Their time has come. 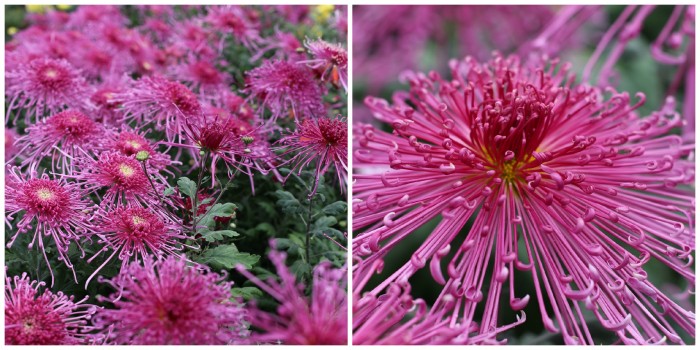 Previous
The Seasonal Bouquet Project in review
Up Next
this moment